The elements are being stored at the depot of Lábatlan until the following mobilization.

On Wednesday, 15 Ks carriages were dispatched to carry the temporary platform having been erected in Székesfehérvár due to the reconstruction of the local station. We do understand that they may look strange, still it is fact: there exist temporary platform elements, L-shaped from concrete, quite large and heavy ones. As the railway station of Székesfehérvár had nearly been completed (it was going to be opened with a ceremony this year), and the platform elements were not needed any longer, they had been stacked on Közgép’s short blue flat wagons. 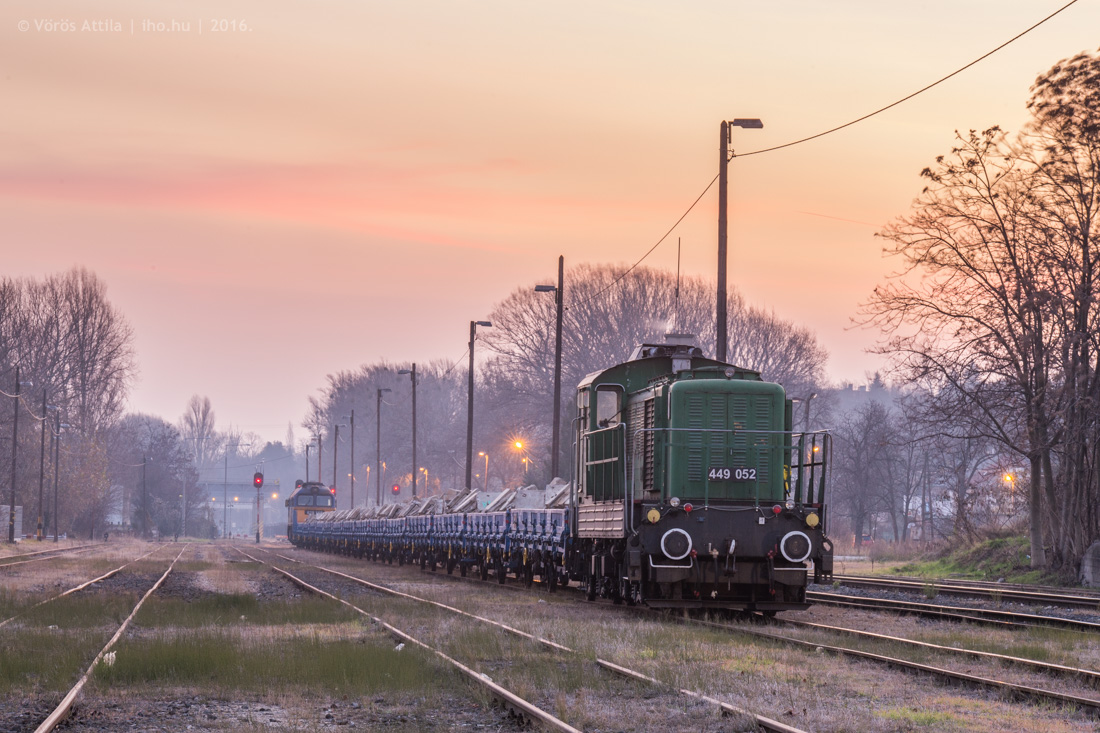 The 15-wagon set was forwarded by Kárpát Railways along line no. 5 and 4 via Komárom to Lábatlan with the use of the blue Sergei and green Bo’Bo’. In fact, Sergei was the one to work on the line, as Bo’Bo would not be able to keep the pace. On the other hand, no one would be happy to see the six-axle on the loading tracks of Lábatlan, and therefore Bo’Bo was used to do the shunting moves in the course of the unloading of the train. 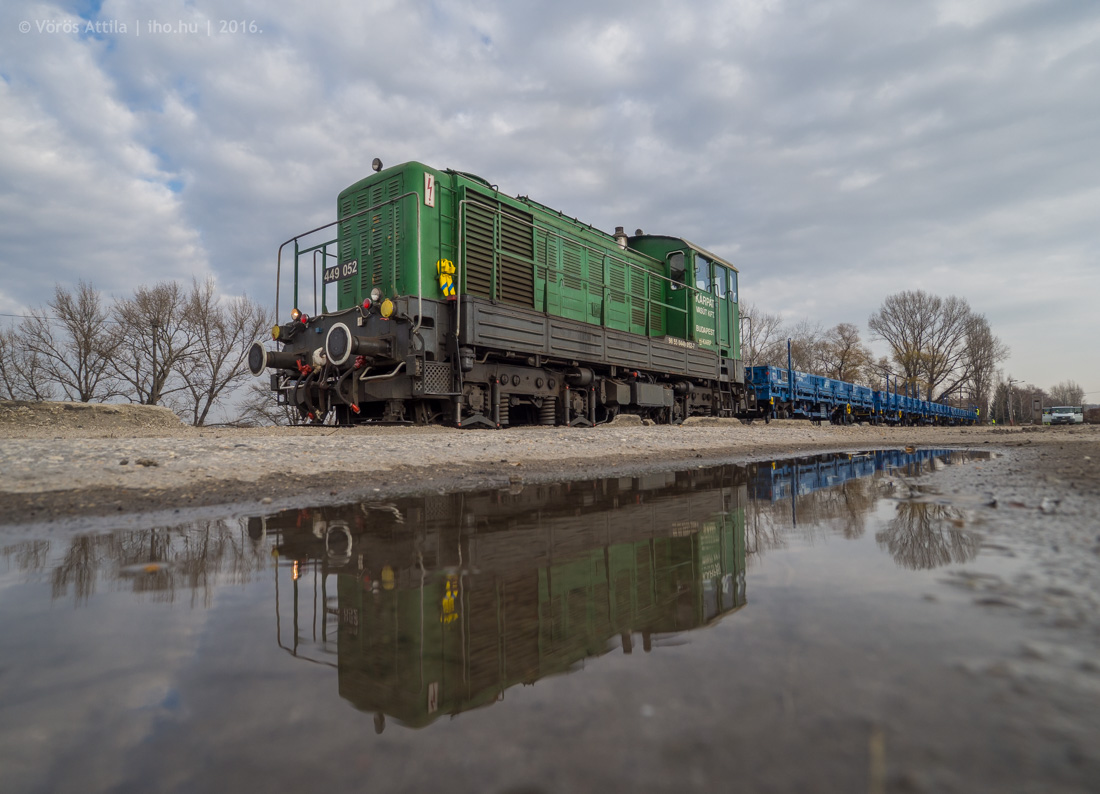 The train was unloaded on Thursday, in the open area of the former cement factory of Lábatlan, and then the empty train left to continue the sequence and return to Budapest along line no. 2. It is extremely rare to see a freight train on the Budapest–Esztergom line; the last time they appeared here was summer, when the Suzuki trains could not use line no. 4 due to track closures. 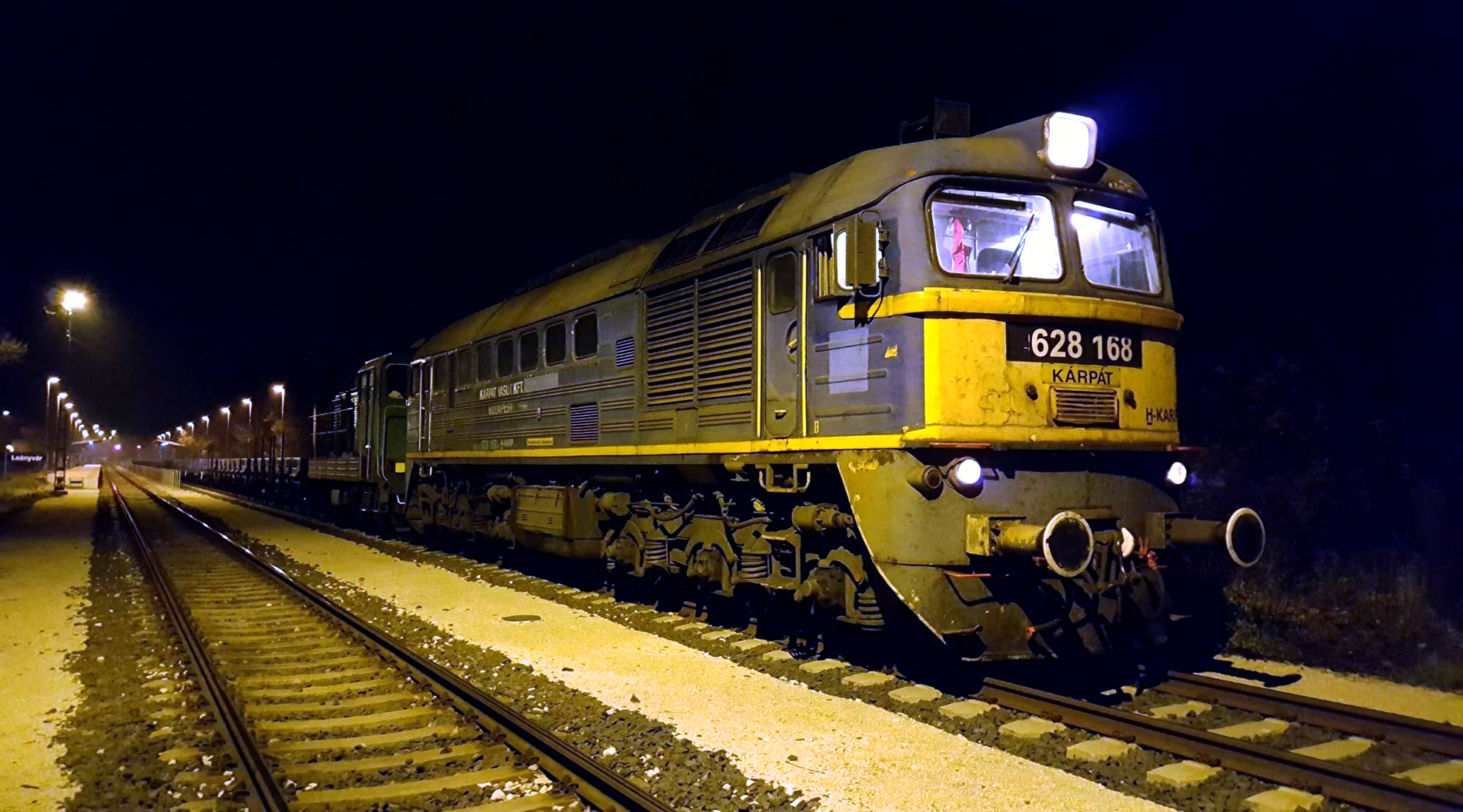 Unfortunately, the empty train covered the trip on line no. 2 already in dark. Richárd Lendvai’s photo shows the run waiting for the crossing at Leányvár.

Kárpát Railways’ machine in action to spread stone in Pestszentimre

Ludmilla on the vicinal railway – iho.hu
Scroll to top